This wall pays tribute to Maria Ochipinti ( 1921-1996 ) militant pacifist, anarchist, feminist, a woman who can be´hardly labeled, recorded in Sicilian history as an emblem of Sicilian women’s protest in the mid-forties.
Maria Occhipinti’s life has not been easy, her quest for freedom and struggle against all kinds of injustice forced her to be uprooted, to move like a nomad without a home. A life full of pain and loneliness, a woman who, by her way of thinking, was marginalized by her people, one of the reasons why she had to live her life in exile. The journey was for her a way to affirm her own freedom, to revolt against bourgeois normality. Maria was a woman who always remained firm in her convictions, sacrificing her life for ideas that went beyond herself, it is her humanity that always prevails in all her actions.

This wall speaks of her passion, her freedom and greatness, but it also represents the incomprehension, abuse and marginalization she had to live with all her life. 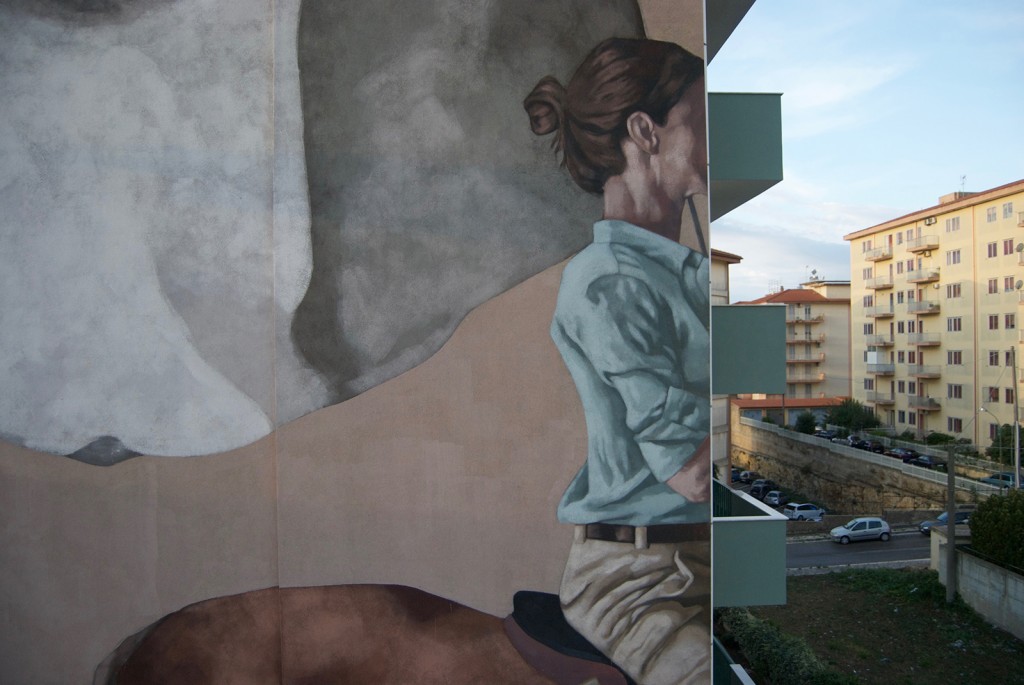 Many special thanks to Antonio Sortino and Vicenzo Cascone for all the love and care. Thanks to Ciccio Ficili for his help and great company. Thanks to Maria Occhipinti family and to all Ragusa neighbords for their support and hospitality.